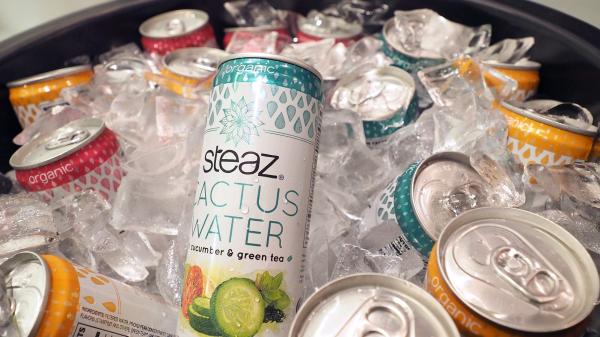 Seaweed, cactus water and coconut flour are among the food and drink trends this year as a record number of Britons adopt healthy eating.

Almost three quarters of people said they regarded healthy eating as part of their identity, and two thirds said their diet was fresher and lighter than five years ago, the annual food and drink report by Waitrose found.

Seeds and grains soared in popularity as shoppers sought gluten-free products. Sales of buckwheat were up 82 per cent and those of chia seeds grew 62 per cent, the report found.

Sales of aubergines were up almost a fifth as the vegetable was heralded as a carbohydrate substitute, with some chefs recommending it as an alternative to pasta sheets in lasagne.

Cooking techniques such as steaming or sous vide — vacuum-packing food then poaching it — are also rocketing in popularity, according to Natalie Mitchell, of Waitrose. She said: “Once, healthy food was deemed bland and unimaginative. Today people are more likely to perceive healthy food as tasty and tasty food as healthy.”

Shoppers are still treating themselves but opt for smaller versions. Sales of mini hot cross buns, for example, rose 165 per cent this year.

The report also suggested that social media had changed our relationship with eating, with one in five people posting a picture of their food online in the past month. Almost half said they made more effort with their cooking if they thought a photo may be posted.

Almost half of shoppers threw away less food this year than five years ago, and a third used their freezers more.

Waitrose predicted that Polynesian food would be one of the big trends next year, along with vegetable yogurts and “perfume-inspired” cocktails.