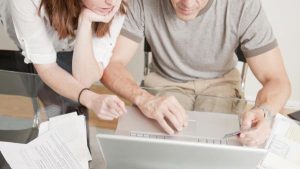 Irish households are the fourth most indebted in the EU, although a recovery in the property market has helped to improve the overall position.

Figures released by the Central Bank yesterday showed that household net worth improved to €629 billion over the first quarter of this year, a €2.1 billion improvement on the previous quarter. The average value of household assets is €132,141.

At the height of the financial crisis and after the collapse in the property market, Ireland was the most indebted country in the EU.

Most of the increase stemmed from the nationwide rise in house prices over the past year.

“Housing accounts for 55 per cent of Irish households’ gross assets, which compares to the peak of 67 per cent recorded in the fourth quarter of 2007, during the property bubble,” Mr O’Sullivan said.

“Total gross housing assets come to €431 billion and using a range of data sources we estimate that €166 billion of this is located in Dublin, €99 billion across the rest of Leinster, €95 billion in Munster, with the balance spread across Connacht and the three counties of Ulster located in the state.”

Household gross disposable incomes performed strongly in the first quarter of this year, rising 8.7 per cent compared with the previous quarter, to €26.1 billion.

Irish households are the fourth most indebted in the EU on this measure, after Denmark, the Netherlands and Sweden.

“With household net worth having increased for 12 successive quarters, this release has something of a familiar feeling to it,” Mr O’Sullivan said. “Notwithstanding external pressures, we expect the Irish economy to continue to turn in some of the strongest growth in the EU both this year and the next, facilitating further improvements in the aggregate balance sheet of Irish households.”