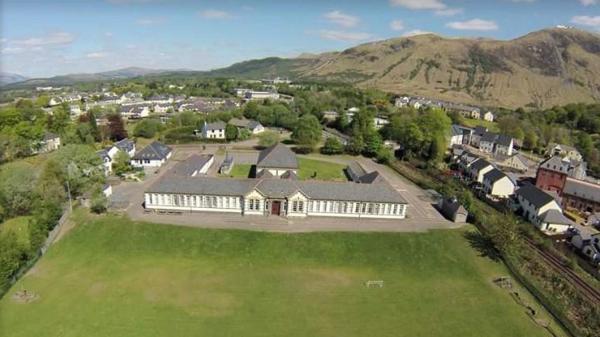 A primary school has stopped setting homework after parents and pupils voted to drop it in a move that it is hoped will encourage children to read for pleasure instead.

Inverlochy primary school, in Fort William, carried out a six-week trial last year in which pupils were given no homework to leave them with more time to play and join after school clubs.

After that it was decided to ask parents whether or not they wanted to end homework on a long-term basis.

The decision was made after 62 per cent of parents at the 193-pupil school voted to drop it, while the ten teachers were split evenly.

Unsurprisingly, 79 per cent of pupils voted in favourof a ban on homework.

Parents said that they believed their children would flourish without the burden of doing school work while at home.

Barry Hutchison, 38, whose seven-year-old daughter attends the school, told the Sunday Post: “Homework stresses the kids and the parents out.

“Kids have so many things outside school, like clubs. They just need time to be kids.”

Mr Hutchinson said parents who wanted to give their children homework could find material on the internet. “There might be some parents who were very firmly in favour of keeping homework but all the parents I’ve spoken to wanted to get rid of it,” he said.

Leona Jones, 34, whose six-year-old son Levi goes to the school, said: “For the amount of after-school activities they have, it can be difficult to fit it in, especially when you’re a working parent. I don’t mind doing a bit, we’re still doing reading and I totally agree with that, but it’s for pleasure, not work. I think some other schools do this already and it says if your child still needs help or they’re struggling, they will get stuff home.

“It won’t be completely ruled out if they need it.”

Emma Rodger, 33, voted to keep homework for pupils such as her five-year-old son James.

“A bit of reading and sums and basic sounds for P1 are really important. I found when James was learning the sums at home it brought him on a lot,” she said.

Inverlochy is not the first school in Scotland to drop homework for pupils,– but it is the first to do so by asking parents to vote.

A spokesman for the Educational Institute for Scotland said that the Inverlochy decision was the first time the union had heard of parents actively voting to abolish homework.

Eileen Prior, of the Scottish Parent Teacher Council, said: “It is better for children to have free time to play and take part in other activities rather than do homework that is given out for no other purpose than ‘it’s what we always do’.

“Homework should be an opportunity to consolidate learning done in the classroom so, rather than a child being asked to complete mundane tasks, it might be better for them to demonstrate their learning to their parent or carer and make it more interactive,” she said.