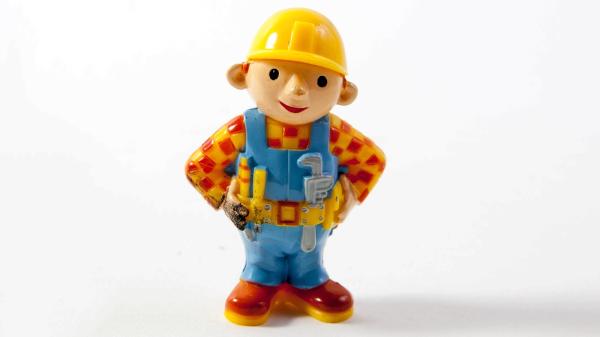 Each year, hundreds of Irish people take part in building blitzes overseas with charities such as Habitat for Humanity and Mellon Educate. Now RTE Nationwide reporter Niall Martin and two Dublin-based architects are trying to replicate that success in Ireland.

Martin and architects Dominic Stevens and Claire McManus have devised a self-build programme that will initially provide three-bedroom homes to five families in Dun Laoghaire-Rathdown. The project, called Homegrown, is at an early stage, but they say it could be replicated to provide a new affordable route to home ownership anywhere in the country.

Self-build is the magic term here — you must be willing and able to work on site from 8am to 4pm, Monday to Friday, for about a year. Effectively, you will be building your own house.

As well as being a television journalist, Martin is a regular volunteer with Habitat for Humanity, with whom he helped to build six houses in east Belfast a few years back. For him, it was almost a eureka moment: “I saw the power of self-building there,” he says.

If you can cut a piece of wood straight and drill a hole straight, you can build one of these houses

Martin wanted to use affordable self-building for his own home in Dublin, and he started to see it as a possibility when he came across Stevens through his work with RTE. The architect had built his own three-bedroom home in Leitrim for €25,000 — when the average price for a similar new house was €300,000.

Stevens had used a construction method pioneered by Walter Segal, a German architect and anarchist, which has been used to build low-cost timber-frame houses across the globe. Before he died in 1985, he was the only living architect with streets in Britain named after him, Walters Way and Segal Close, both in London and both lined with houses built using his methods. Stevens’s own house can be viewed on irishvernacular.com and, in true Segalian tradition, plans can be downloaded for free.

“What Walter Segal did, is to devise a method where you do very simple tasks again and again — if you can cut a piece of wood straight and if you can drill a hole straight, you can build one of these houses: it’s the same skill requirement as putting up a shelf,” says Stevens.

Co-operative building is new in Ireland but commonplace on the continent. “I lived in Berlin, where 20% of new housing is built by co-operatives of self-motivated people starting bottom-up initiatives,” says Stevens.

Martin identified a council-owned site in Dun Laoghaire-Rathdown, and tried to convince the local authority to sell it to him. The site in question is flat and in an estate that has already been built and furnished with underground services, meaning there will be no expensive pipe-laying. It has a creche and a playground nearby, is a five-minute walk to the beach and one minute to a shop, the Dart and several bus routes.

There is just one hitch, says Stevens. “It’s impossible for the council to hand over land to an individual; it has to be a recognised group or organisation, preferably one with a track record.”

The plan is to partner with a body, such as a housing association, to front the costs and to build houses for five households on the waiting list. But the project for this site can only become a reality if the council agrees to sell or give it to the housing association. Stevens says several housing bodies have expressed interest.

To take part, you must be on the Dun Laoghaire-Rathdown council housing list and you must be able to put in a hard day’s graft. But if participants are working on site every weekday, that will mean they can’t do another day job.

Martin hopes to make the scheme part of a local training initiative (LTI), with funding from Solas, the further education and training authority. Solas provides grants and support to community development organisations, which include training allowances for participants of programmes. Those currently on job seekers’ allowance would transfer to a training allowance.

It wouldn’t just be the future home owners who would build the houses; the project could be used to train more than 20 people in construction skills.

“Local LTI trainees will have the benefit of working on a real lasting project,” says McManus. “It’s not something that will be demolished as soon as the training is completed.”

After the site acquisition, the biggest hurdle to overcome will be planning regulations. These have been tightened up since shoddy construction became a national scandal in the Celtic tiger building boom. The Building Control (Amendment) Regulations call for competent supervision during the design, construction and inspection phase of the project.

This is why the project needed the expertise of McManus, a member of the RIAI council and a specialist in the intricacies of building regulations.

McManus says: “It’s the construction phase that is where the real difficulty lies. Everyone going on a building site needs a SafePass, and before you would be allowed to lift a bag of cement you will have to have done a materials handling course. Electricity and plumbing will be done by local contractors.”

McManus says this is where Martin has been “very innovative” in getting the LTI element included in the scheme.

“This means that the scheme will have both a supervisor and a project manager for the year-long construction phase. As well as providing supervision, these two will help provide the necessary training and mentoring.”

It is hoped that after building their own homes, participants will use the experience to train for work in the construction sector.

With labour costs sorted, the final cost of the project is further reduced by the fact that development levies will not apply because it is social housing.

Martin says: “Our quantity surveyor reckons we can build at €60,000 per unit and even if it goes to €80,000 that is still €100,000 cheaper anyone else can build for. One key element is that the houses will be owned by the families and we will arrange small mortgages for them.”

There will be restrictive covenants in place to prevent anyone from flipping the houses. “I want to stop people thinking of houses as an investment. The whole idea is to provide safe, secure and lifelong accommodation for families who are homeless or on the housing list.”

Homegrown will hold a public meeting at the end of the month.

In Dublin, there is ABCD or the Artists’ Building Co-operative Development, where a developer will build a concrete frame and put an external cladding on the building, but the homeowners will do their own internal fit-out works. A credit union in Carlow is looking at setting up a co-operative building project, and there is a group purchasing scheme in Bray also looking at the idea.

“I also know of a group of six families in Wicklow who are to build a site for six houses — this would be called a baugroup in Germany, a co-operative where you form a limited company, but you do a lot of the supervision and the project management yourself. Normally a developer aims to make a 20% profit on a project, if you can do his work you can save a lot of money,” says Stevens.

McManus is quick to add: “We are not anti-developer. There are a lot of people unwilling to take on the risk or effort involved in managing a construction project and developers will always be needed. We just feel that there should be several ways of delivering housing and this is one of them.”
Potential participants can get in touch via myhomegrownhome@gmail.com