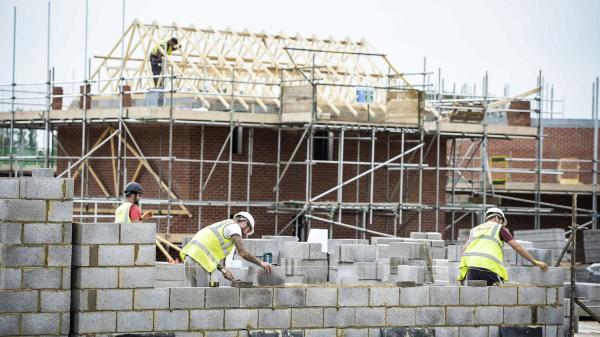 A cap on the amount of money local authorities can borrow to build more social housing should be lifted to help to boost the supply of new homes, the Federation of Master Builders has said.

Britain’s largest trade association for the construction industry made the suggestion as Philip Hammond prepares for the autumn statement on November 23, when he is expected to place the housing issue at the top of his agenda.

Local authorities face limits on the amount that they can borrow for new social housing because of a system known as the housing revenue account. Local councils were given more financial freedom in 2012 allowing them to self-finance, but, as all council borrowing affects government debt, the government judged it necessary to impose extra caps.

This borrowing cap does not apply for other buildings, however, meaning that local authorities, for example, could borrow to build a new swimming pool. The federation has suggested that councils should be able to borrow in the same way that they would to build a pool. Councils could then build homes for both rent and sale, with the income stream from sales going towards more affordable housing.

Brian Berry, chief executive of the trade association, said: “The autumn statement presents an opportunity for the new chancellor to think creatively about how to address the country’s growing housing crisis.

“We simply aren’t building enough new homes to meet current demand, which is why we’re calling for the chancellor to empower local authorities to borrow money to build thousands of new social homes.”

In July a report by the House of Lords’ select committee on economic affairs said that the borrowing restrictions for social housing were “arbitrary and anomalous”.

It recommended that local authorities be given more freedoms. “This would enable local authorities to resume their historic role as one of the major builders of new homes, particularly social housing,” the committee said. The report also suggested that the low cost of borrowing at present means that local authorities could now make a large contribution to building houses that Britain will need in the future.

All local authorities have some borrowing headroom, but this is considered unhelpful as some councils that need to borrow have no or limited headroom, while others, which do not have a housing shortage, have significant headroom and may not need it.

Mr Berry said: “The chancellor has spoken of a fiscal ‘reset’ ahead of his statement. In this spirit, we hope he seriously considers a policy that would both act as a simple low-risk stimulus and would help the government to achieve its housing targets.”

The Conservative government has signalled that housebuilding and infrastructure projects will be addressed in the autumn statement. The government has already launched a £3 billion Home Building Fund in an attempt to help to reach its target of delivering a million new homes by the end of the decade.